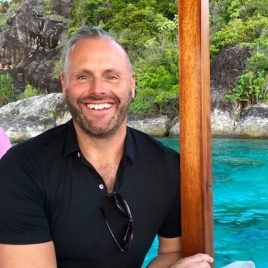 Stuart Reay has worked in the travel industry since 1986 where he started with the UK’s largest travel agency, Pickfords.

After completing a diploma in travel he worked in Europe and the Caribbean for 3 years as a tour guide before arriving in Australia in 1993 where he worked for Flight Centre for 13 years where he was Top Consultant Australia wide 3 years in a row. Stuart then worked in the NSW State Management Team as the Airline Product Development Manager Role, where he was reknowed as the “Airfares Guru” due to his long industry experience and Airline relationships. He lives to travel and is always trying to include new destinations in any of his itineraries.

In 2006 Stuart joined Fairflights as a home based consultant and in 2009 he became a partner and Director in the business.