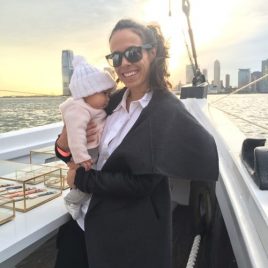 A born and bred New Yorker, Lauren Machowsky developed a deep love for travel at a young age thanks to frequent trips with her parents.

Originally working in finance, Lauren found herself at a crossroads during the financial crisis of 2008. While acting as an instrumental player in winding down the Lehman Brothers business, Lauren realized her true passion; language and travel. Following this revelation, she enrolled in NYU’s Foreign Language masters program, allowing her the opportunity to teach English and live in various Spanish speaking countries. Post graduation, Lauren continued to teach Spanish and English as a Second Language (ESL), while transitioning into her career at Smart Flyer. After marrying her husband Evan, she found her niche as she tirelessly organized their honeymoon to Thailand and Bali. It wasn’t long before she had planned hundreds of honeymoon getaways across the globe. Lauren also specializes in family vacations, multi-destination itineraries, and full property buyouts for larger groups. Having traveled all over the world, her favorite destinations remain Africa, Peru, Galapagos, Greece, Italy, Japan, and Australia. Lauren lives in Cobble Hill, Brooklyn, with her husband Evan, and their two beautiful children, Lily and Max.

Traveling in fall? Secrets travel agents won’t tell you but told us